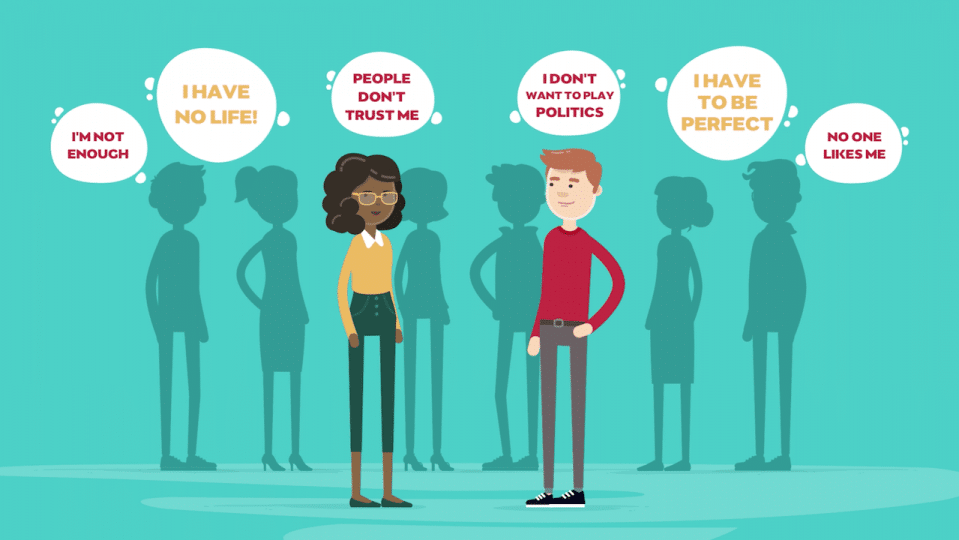 Within his media startup office, people tended to have strong feelings about David. Some coworkers loved his dry wit, sharp intellect, and ability to creatively solve any technical problems the team faced. Others found him rude, curt, and even arrogant.

As a millennial who was always told that he was intellectually gifted, David never learned much about becoming emotionally intelligent. Until he became a manager himself, David’s behavior was not questioned. As a manager, though, rolling his eyes in frustration at others’ ideas in a meeting and slamming his fist on the desk out of anger were becoming problematic.

As time went on, David’s habitual way of communicating had become a liability and even led to a few coworkers quitting. Others left meetings with hurt feelings after David critiqued their ideas too strongly, and many felt annoyed that David often did the most difficult work on a team project himself, sending the message that he felt his skills were superior to theirs.

The workplace is a unique laboratory where personal and professional growth are tightly intertwined. What better place is there to explore who you are and who you want to be?

Learn more about the patterns we noticed across hundreds of leadership coaching engagements – and which practices can help you overcome self-imposed limitations.

David is not unique. He is a young adult who simply requires more support toward his adult development, or emotional maturity, as do many other millennials who now make up the largest generational group in the United States’ workforce. Many older millennials are already managers, and as others transition into being leaders, the need for them to mature becomes critical — for them and those who work with them.

Helping David learn to grow up at work was my focus as David’s leadership coach. Given how much of our waking hours we spend at work, is there any better place to learn to grow up?

What It Means To Grow Up

Growing up is often discussed in material terms. In our shared vocabulary about growing up — now sometimes referred to as “adulting,” it often includes things like leaving home, going away to college, being offered a first job, getting married or signing the lease of a first apartment.

Though these are all important milestones, none of them speak directly to the process of maturing emotionally or psychologically as an adult. Yet it’s this aspect of our maturity — how we see the world, what we believe about ourselves and others, as well as our patterns of interacting, communicating and resolving conflict, that have the greatest impact on our ability to get along with people, to collaborate at work and to lead.

The truth is most of us have been taught that our psychological development is most relevant in childhood and adolescence, and there’s a general perception that we plateau psychologically once we hit young adulthood. We now know this is not the case. In his book In Over Our Heads: The Mental Demands of Modern Life, Harvard psychologist Robert Kegan suggests that there indeed are stages of adult development, marked by shifts in how we think and how our emotional and psychological states influence how we experience the world. The shifts between stages are not always cut and dry, and most of us exist somewhere between different states of mind a lot of the time. We can also show up in different mind/emotional states depending on our environment and what it provokes within us.

When millennials are struggling with issues in the workplace, it’s likely that what is happening is that they’re either shifting from one mind state to another or their emotional stage is not aligned with the people around them.

How To Find Out If People Think You’re A Jerk

David is a classic example of someone who was perceived as a “jerk” in the workplace, and truthfully I have met many versions of David over the years, so no one individual is being described here, but a composite.

In my experience — and in the best-case scenario — someone like David doesn’t know that others perceive him as rude or arrogant, and when faced with this “blind spot” they become interested in doing something about it. I am more concerned when I meet someone who doesn’t actually care what others feel because that speaks to something more pathological.

David didn’t realize the effect he was having on others, and the truth is, David was liked by some people very much in the office. Those coworkers were less sensitive to his communication style, and/or had realized David’s motives were good, and that by criticizing ideas, he didn’t ever set out to criticize people themselves.

Nonetheless, the breaking point for people like David often is the 360 review, basically a systematic way to get feedback from everyone at work about how you’re being perceived. (As someone who has been in group therapy, I actually find the 360 most similar to group therapy for the honest opinions you get from others). When David realized that his scores were in the lowest quintile of all managers who had ever taken the 360 instrument, he realized he had a problem.

What You Can Do About It

If you recognize that parts of you are like David, then congratulations! The big, critical first step in any behavior change or growth, especially for a person who lacks an awareness of others’ needs, is to realize that there is a problem.

A person with David’s tendencies is well-served to start approaching every interaction, and every meeting, as an opportunity to practice developing and using empathy. Instead of thinking “How can I get across my point in the most convincing way possible?” the question becomes “How am I affecting others, and what might they need from me?” In The Advantage: Why Organizational Health Trumps Everything Else In Business, author Patrick Lencioni calls this the critical difference between being in “advocacy” mode versus “inquiry” mode.

Practice what it means to pay attention to others’ body language and words, and listen for their needs. Over time, your orientation will move from you to others. This is key. And slowly, from there, the work becomes about using language and demonstrating behaviors that are perceived by others as caring, generous, and open.