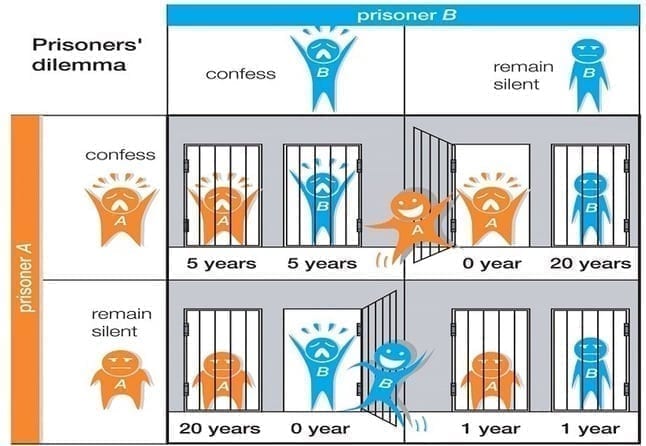 Reading news on politics these days made me review an blog post on how to best respond to a lack of collaboration which I wrote five years ago.

A fundamental question that I hear sometimes during team building sessions is this:

Should you collaborate with a non-collaborator?

People who ask this question don’t mean an occasional slip in collaborative behaviors. The reality is that sooner or later, in one place / project or another, we are confronted with someone who just doesn’t want to play nice in the sandbox.

If we face such a person or party, what are we to do? Abandon our orientation towards collaboration? Carry on with good intentions, ignore the misconduct while hoping for the best – that perhaps some moral pressure builds on the side of the non-collaborative party leading to insight in the virtues of collaboration?

Hardly so. I am guided to this answer by experiencing over the years how successful teams address poor collaboration. (Hint: Not by accepting but by confronting it!)

But perhaps more important than anecdotal evidence are the insights from Game Theory, in particular Axelrod’s seminal work The Evolution of Collaboration. In a carefully crafted situation, The Prisoners’ Dilemma, two parties must make a choice to either collaborate or to throw the other party under the bus for a personal gain. Trade-offs are balanced so that there is an advantage for one party if it turns against the other. Both parties lose dearly if both rat out the other, though. And if both collaborate – keep quiet, overall, both fare best.

It gets interesting when this Prisoners’ Dilemma is considered not as a one-time game but a game with repetitions. Which is what Axelrod did running hundreds of different game strategies with different responses to the defection of the other party.

A hopeful message springing from this research is that collaboration arises automatically under the right circumstances.

Game Theory is also clear about how to create these circumstance:

Yochai Benkler, in his work on the “unselfish gene” (HBR, August 2011), points out that slightly more than 50% of people systematically and predictably behave collaboratively – unconditionally and even when it came at a personal cost.

Morally, I like that. But, in real life, I doubt this kind of generosity leads to be taken seriously as a collaborator. And worse, unconditional collaboration in the face of repeated non-collaboration erodes the chances for a collaborative culture to emerge. Looking, for instance, at what has happened at Congress in the past eight years corroborates my doubts.

Game Theory is clear about the most effective way to encourage collaboration in a non-collaborator. In plain English, it’s called tit-for-tat. When we are faced with a lack of collaborative response – let’s face it, call it out, and respond in kind. Only then revert to assuming good intentions.